Logitech G231 vs G430: Which Gaming Headsets are Better?

Gaming headsets have been designed to enhance your experience so that you can hear everything from an enemy creeping up behind you to massive explosions in the distance. A quality gaming headset will match the quality of the graphics for an all-around awesome experience.

Logitech has a great range of gaming products. Today, we will be looking at the Logitech G231 vs G430. We will cover all of their specifics so that we can decide which is the best buy. You will be able to find a comparison chart for quick viewing and some pros and cons of each. 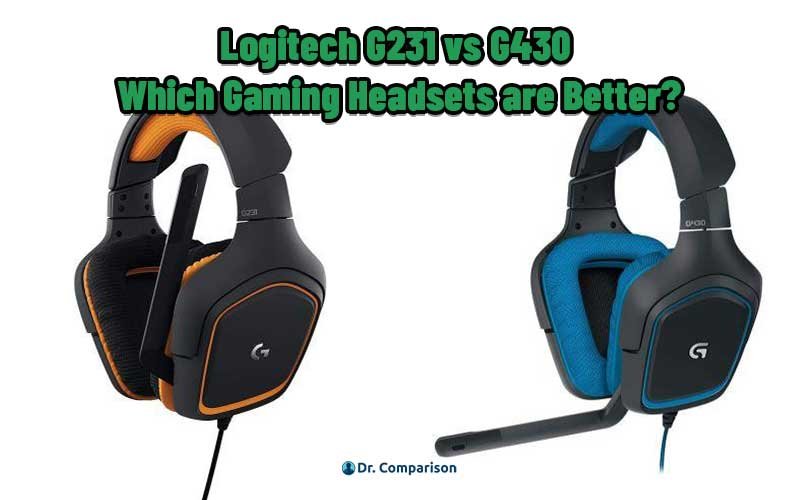 In terms of gaming, you can use the Logitech G231 and the Logitech G430 with Nintendo Switch, PS4, and Xbox One. They have a 3.5mm connection that will enable you to connect to mobiles and tablets. They both also come with an audio & mic splitter (USB DAC) so that you can connect to your PC.

The lay-flat design of the Logitech G231 and the Logitech G430 earpieces and the large over-the-ear cups make them extremely comfortable, even for marathon gaming sessions. The ear cups swivel up to 90º and the headsets can be folded flat to take around with you.

Again, with long use in mind, the Logitech G231 and the Logitech G430 have sports performance cloth covering the earpieces. They are breathable and you can take the clothes off to wash them, keeping your headset fresh.

The folding microphone can be rotated into different positions or folded right up if you prefer it out of the way. They are unidirectional and noise canceling. This combination allows you to be heard loud and clear. The microphone with the Logitech G430 has a frequency range of between 50Hz and 20KHz. There is no information on the frequency range of the Logitech G231.

On the cable of the Logitech G231 and the Logitech G430, you will find a set of audio controls so you can make precise adjustments to your sound, all at your fingertips. There is a mute switch and a volume dial.

There are a few differences that we will take a look at now.

The design is quite similar in terms of the lay-flat earpieces and cloth cup covers. They still have a few differences in their looks. 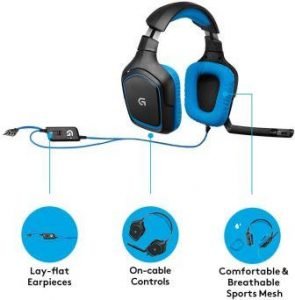 Read next – Logitech G430 vs G432: Which Gaming Headsets are Better?

At the end of the day, whether it’s gaming, calls, or listening to music, the sound quality is a big deal.

There is more sound technology with this set. It has both DTS and Dolby 7.1 surround sound for a 360º field of sound.

Read next – Logitech G430 vs Hyperx Cloud Stinger: Which Gaming Headsets are Better?

It’s a small difference but still worth considering. 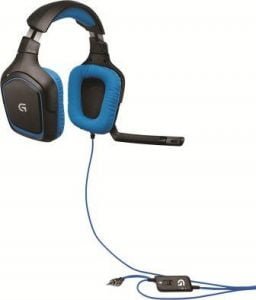 The cable is 2 meters long, with plenty of lengths to allow you some space from your device.

Read next – Logitech G35 vs G930: Which Gaming Headsets are Better?

Logitech is considered a company that offers quality products for good value and these gaming headphones are no exception. 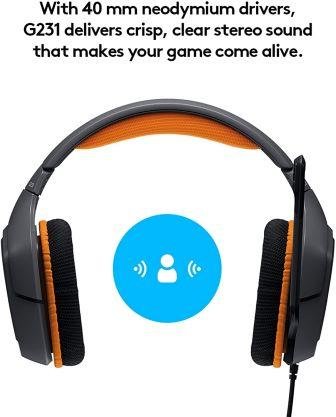 These gaming headphones come with a great price tag and a two-year limited warranty.

Generally, they are more expensive. Depending on the offers you can find, they might be anywhere up to $60-$70 dollars more. We aren’t sure about the length of the warranty.

The Winner Is- The Logitech G231

Before our final decision, we have included some pros and cons of the two gaming headsets from Logitech. 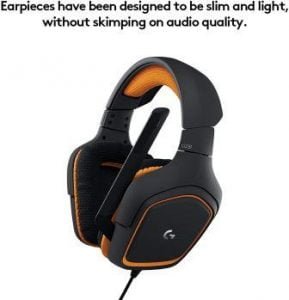 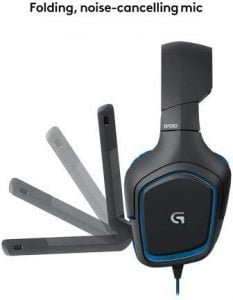 The huge positive about the Logitech G231 and the Logitech G430 is the comfort. Logitech has done a great job at making two gaming headsets that will suit the shape of most ears and heads while being lightweight and breathable. The fact that the clothes can be taken off and washed is a great bonus.

On the downside, the microphones should be of better quality. The noise cancellation is minimal and at times there was background static noise. Another slight annoyance was the plastic parts that felt quite fragile.