Logitech M510 vs M705: Which Wireless Computer Mouse is Better? 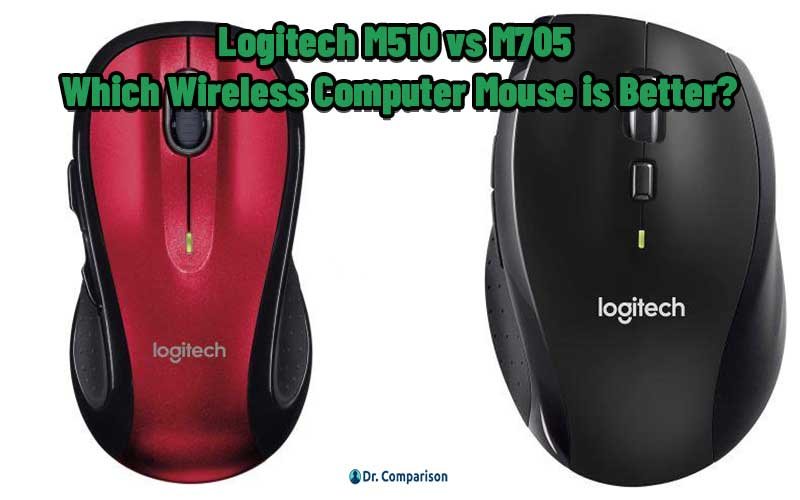 The current market offers a variety of models for all computer peripherals. One of the most important of the lot is a mouse. This especially comes into play if you use your computer to play video games or do any more pointer-intensive tasks.

To assist you with purchasing a new computer mouse we’ve laid out two wireless options from the industry veteran Logitech. These are Logitech M510 and Logitech M705, both will be thoroughly explored based on their strengths and weaknesses with the optimal choice being provided at the end of the analysis. 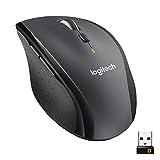 While the mice themselves are wireless and operate on the standard 2.4 GHz connection they do require a USB slot to connect with your desktop.

Otherwise known as dots per linear inch. This is a standard measure for mouse sensitivity. It showcases the number of said dots the device can detect with each inch of movement. This affects pointer speed, be it for in-game targeting or just regular bookmark clicking. Models up for revision possess 1000 DPi each, offering very fast communication between surface and mouse, no matter what the surface is.

Unlike analog mice, optical ones work in via lasers. It shines a bright light down onto a surface by using an LED mounted on the bottom of the mouse. This makes maintaining easier and more importantly allows use on most surfaces without much issue.

Utilizing generic AA batteries, which are included with the mouse itself, makes replacing them simple once they run out.

Don’t worry about not being able to use your new mouse on a Mac device. The peripherals come with support for these types of devices.

Logitech has equipped both its M510 and 705 models with the ability to program your buttons as you see fit. No matter what you want to configure them to, be it in-game configurations or controlling the desktop, these two mice will provide simple ways of adjusting their buttons to it.

Specification which tells us the reach of your WiFi mouse. In that vein these two models offer 33 square feet of coverage. This will allow you to use such computer mice even while reclining on a chair that’s considerably away from the desktop. It’s also great for manipulating your desktop while watching videos or movies, as you don’t need to be near the desktop itself.

The duration of both of our entrants’ warranties is 3 years. This will cover you through plentiful hours. 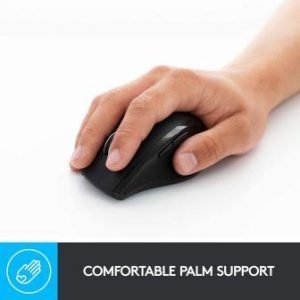 It has a standard scroll wheel, with decent scrolling speed. The tilt scroll function is present so you’ll be able to scroll both vertically and horizontally.

The model is equipped with hyper-fast scrolling along with the aforementioned tilt scroll function for scrolling in any direction.

Read next – Logitech M310 vs M510: Which Wireless Computer Mouse is Better?

There are some differences between the two despite possessing similar characteristics in terms of programmability. 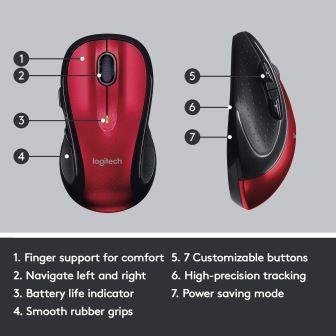 Containing five buttons and multimedia options you’ll be navigating any document with ease even before configuration.

Offering seven buttons Logitech M705 is better suited for those who prefer to have as many functions in one hand. While the built-in zoom capabilities and other additions aren’t present on this model the numbers are cementing it as a more fruitful choice. 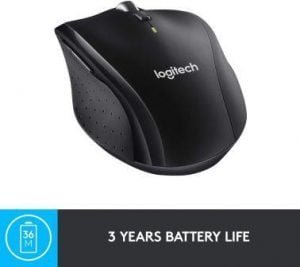 Two years for two AA batteries is a bargain. Even when you get near the end of their lifespan and the mouse becomes to stutter slightly you can replace them with very little issue, considering they utilize a generic battery type. There are no rechargeable options present unless you have a separate battery charger for AAs, so it’s good to have spare ones on hand.

Aligning with most of the previous Logitech M705 is no wimp in battery duration. It will utilize its three AA batteries to its limits. Expect three whole years of battery life from this model. 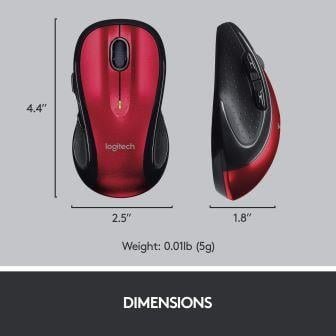 The ergonomic shape of our entrant makes it cause fewer issues with your wrist. The contoured, curved design is made to fit any palm. Speaking of, it will be suitable for you no matter whether you are left or right-handed. Important to note is its compact nature which allows you to transport it wherever.

While it keeps the ergonomic shape, Logitech M705 does have a completely different design. Mainly it’s the bulky nature of the mouse that sets it apart. However, this isn’t inherently negative for it as your palm will fit comfortably even if you’ve bigger hands. The additional proportions themselves don’t infringe heavily on transportability too. One issue it does have is the mouse being exclusively right-handed. If you are left-handed keep this in mind but otherwise, check this one out. 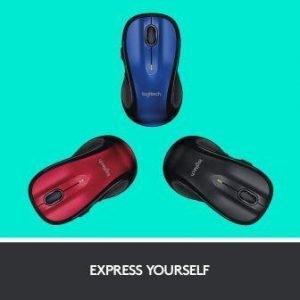 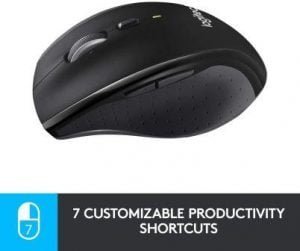 The strengths of M510 are apparent. Compact, transportable nature, great design, and functionality are all there. These features do make for a good mouse and adding wireless capabilities on top of them is the real cream on top of this well-made cake. However, while it is good there is always better. Due to beating out M510 in almost every way M710 fills the category of the better option. Be it a number of buttons or scrolling speed, M710 has more. In terms of DPi, they remain the same although M710 has a different, full-hand relaxing design. Not that Logitech M510 doesn’t offer a better option for left-handed people, who will find it awkward to use a specifically right-hand designed mouse such as M710, but other than that it doesn’t have anything it’s more proficient in.

That leaves us with Logitech M710 as the undisputed winner of this comparison.