Logitech M310 vs M510: Which Wireless Computer Mouse is Better? 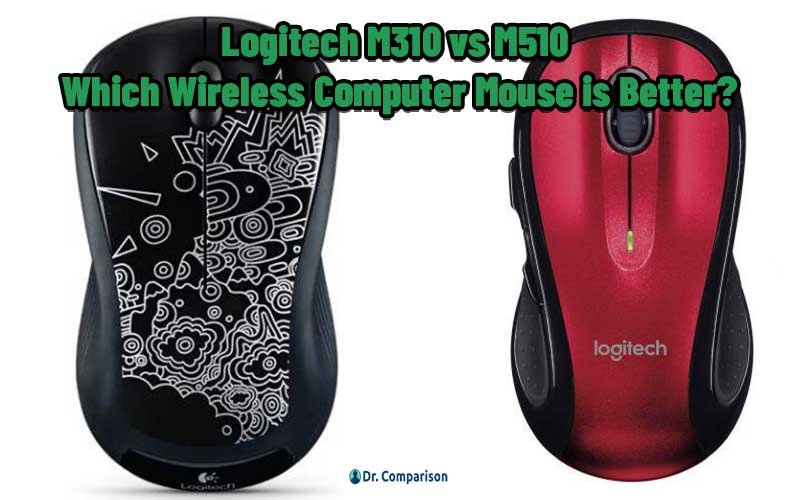 A first-rate wireless mouse is the perfect piece of equipment for any gaming setup or workstation. With all of the latest technology, wireless mouses are now reliable, precise, and fast.

As Logitech is known for its quality devices and value for money, we have chosen to look at two of the Logitech wireless mouses, the Logitech M310 vs M510. We will compare their features, including value for money, appearance, and technology. We will add a comparison chart and some pros and cons of each before deciding which is the better buy.

There are only a couple of similarities so let’s look at these first. 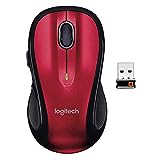 Both the Logitech M310 and the Logitech M510 have an ambidextrous design and can be used in either the left or right hand. They are contoured and have soft rubber grips.

You can take advantage of the laser sensor, advanced optical tracking that comes with the Logitech M310 and the Logitech M510. This means you get precise cursor control and responsive tracking on practically any surface you use them on, even glass.

There is no doubt that these are computer mouses and they are both nice to look at. There is also plenty of different color or pattern options. 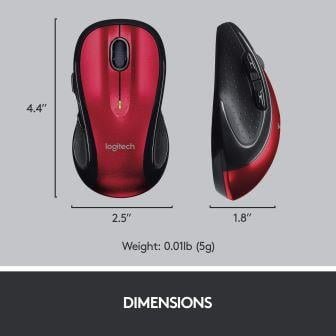 This mouse comes in dark gray, red, or blue. There are also 7 patterns including images like skyscrapers, crimson ribbons, and ink gears. It measures 4.4 x 2.5 x 1.5 inches and weighs 3.49 inches.

Read next – Logitech M510 vs M705: Which Wireless Computer Mouse is Better?

They both come with an on/off switch and sleep modes which help to retain the battery life.

This comes with an AA battery that will last for up to 12 months.

With 2 AA batteries included, the mouse will last for up to 2 years.

The Winner Is- The Logitech M510

Both come with a scroll wheel and buttons but still with some differences. 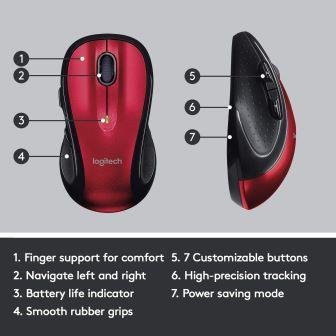 There is a scroll wheel and 3 buttons (apart from the on/off button).

The scroll wheel on the Logitech M510 is a tilt wheel that allows for horizontal scrolling. There are also 5 buttons (aside from the on/off button) and each one is customizable.

The Winner Is- The Logitech M510

In terms of price, it is difficult to decide which one is the better value and the price varies depending on the color you choose or the pattern. There is quite a difference in the warranty. 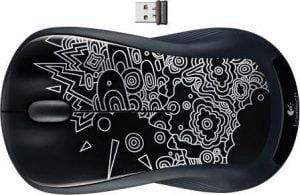 It comes with an impressive 3 years warranty and generally, it is cheaper than the Logitech M510.

The warranty is slightly confusing but there is at least a 30-day warranty.

Before giving our final verdict, we have looked at some pros and cons of each to highlight any additional information. 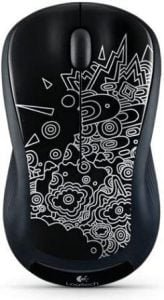 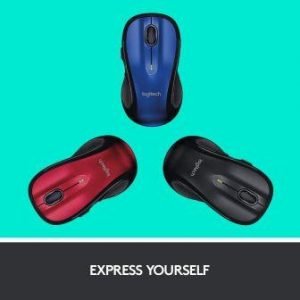 It was another hard choice between the Logitech M310 and the Logitech M510. We decided to take the price out of the equation because this will really depend on the design that you choose. There were also other similarities like the sleep mode, contoured design and rubber grips, as well as the excellent connectivity and range of the mouses.

Despite liking the original patterns of the Logitech M310, we decided that the Logitech M510 was the better buy. This is because you have the advantage of a much longer battery life, which helps if you forget to switch it off. It was also nice to have horizontal scrolling and the extra buttons that you can set up to function the way you prefer. It was great to be able to personalize the mouse. Overall, it was just what we were hoping from Logitech, a good quality mouse with great wireless connections on a different range of devices, with comfort and style.