It’s scary to think how long your hand sits on a computer mouse. Regardless of whether that for pleasure and you are enjoying your favorite game, you are a professional gamer, or your work involves hours in front of a computer, it’s necessary for you to think of comfort. But you can’t sacrifice comfort for efficiency. Luckily, Logitech appreciates this.

Although created for gaming in mind, the Logitech G402 and the Logitech G102 have the right features for all uses. Today, we are going to compare all of the features of these two Logitech mouses to choose the best option for you. With the help of a comparison chart and some pros and cons, we will decide which mouse is superior. 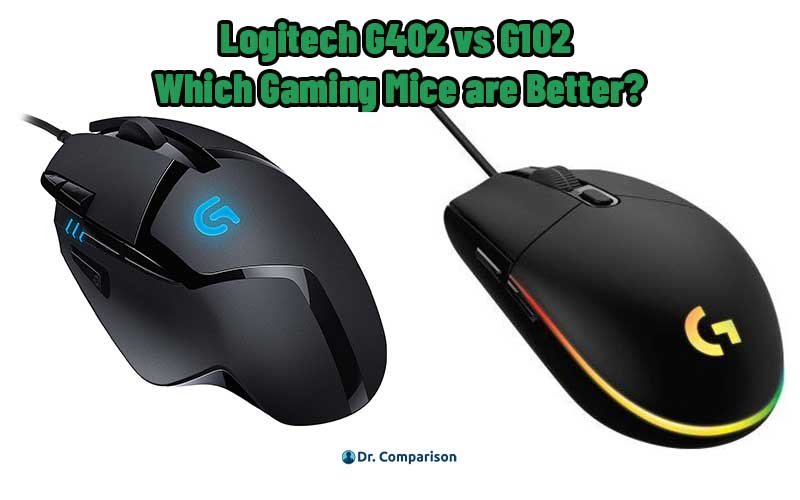 There are just a few similarities between the 239B56Logitech G402 vs G102. We will start here. 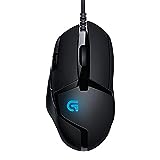 You can connect the Logitech G402 and the Logitech G102 to any device with a USB port. The full-speed USB connection allows for a 1ms response rate.

The cable that comes with the Logitech G402 and the Logitech G102 is 2.10 meters long. This enables plenty of flexibility between your work/gaming station and screen.

At a first glance, you could say that one mouse was more obviously a gaming mouse and the other is slightly more subtle. 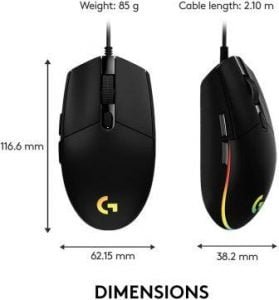 It is slightly smaller at 2.44 x 4.57 x 1.49 inches and also weighs that little bit less at 2.99 ounces. The Logitech symbol is also on the top of the mouse. You can buy this mouse in black or white.

Logitech has done an amazing job at making sure your mouse is completely customizable for your needs, and again, especially for gaming.

There are 8 buttons in total along with the scroll wheel. Each of the buttons can be programmed with the Logitech software.

Naturally, the scroll wheel is still there. With this mouse, there are 6 customizable buttons.

The Winner Is- The Logitech G402

The DPI stands for dots per linear inch and gives you a better idea of the sensitivity of a mouse. Generally speaking, a higher DPI points to a more responsive mouse.

The DPI ranges from 240 to 4,000. There are 4 on-the-fly settings to quickly change between your different DPI settings.

There is also some confusion when it comes to compatibility. With a USB connection, you can connect the mouses to any device, but the software isn’t compatible with every operating system. 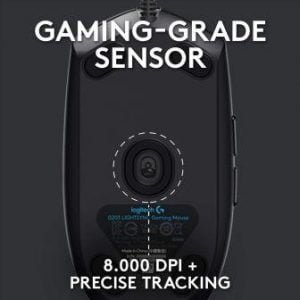 The software is only compatible with Windows.

You have a much greater range of software that is compatible with Windows, Mac and Chrome OS.

Only a small percentage of the population is left-handed, but that’s not to say that they shouldn’t have the same gaming technology. 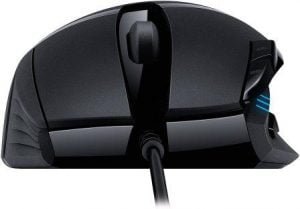 This is a right-handed mouse. The design and controls make it difficult for a lefty to use it.

This is a smooth mouse with a contoured design. It’s great for both left and right-handed players.

Numbers only go so far. The software and additional features that come with a mouse will make a difference to your overall experience. 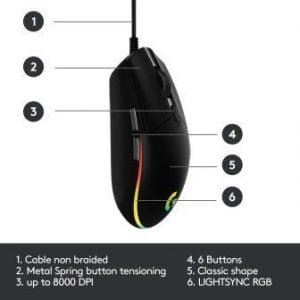 You can download the Logitech Gaming Software, the older version of the Logitech G Hub software. You also have an onboard 32-bit ARM processor, high-speed clicking and tracking speeds of over 500 IPS, making it smarter and faster than ever.

Although it does come with the newer Logitech G Hub software, the only additional feature is the Lightsync RGB. You can use the software to program compatible Logitech devices to have the same color effects out of 16.8 million colors.

The Winner Is- The Logitech G402

The Logitech G102 has the advantage of the greater DPI range and one more on-the-fly setting. The Lightsync feature is pretty funky but in the middle of an intense game, are you really going to be concerned if your devices all have matching lights? Don’t get us wrong, we love the feature, but it wasn’t enough to beat the Logitech G402. Known as the Hyperion Fury gaming mouse, the speed, accuracy and extra customizable buttons for a very similar price make this mouse the overall winner.